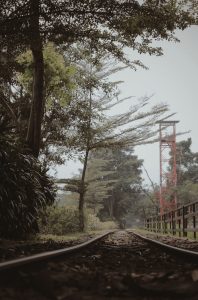 Two privileged, white teenagers decide to track down an old friend from the wrong side of the tracks. One is looking for weed and an adventure. The other is looking for forgiveness. What they both find is a kind of truth about themselves and each other that excites one and terrifies the other.

Sam Wilkes’ Where The Grass Is Greener is a superb piece of writing that attacks with unyielding honesty the often delicate topics of race and racism, socio-economics, and the effects that parents’ beliefs have on their children. The first line hits you like a freight train. It’s put into context a few sentences later, but the tension it creates never, ever lets up.

Ward is character you aren’t meant to like. From the first moment we meet him we know him to be a callous and bored young man who has no concept of the word consequence. He is ignorant, childish, and has a certain perspective on life that belies his wealthy upbringing. I found him to be the scariest character in the story, as he comes across to me as the kind of person who is capable of unspeakable actions, particularly as a reaction to not getting what he wants. Spoiled brat does not even begin to describe him.

Daniel, his counterpart, is a much more nuanced character. He is also privileged, but he has an awareness about that privilege that allows him to feel compassion, understanding, and remorse. He appears to be at a philosophical cross roads in his life, a point where, for the first time, he is about to discover something very important about himself. If he can only disentangle himself form Ward’s oppressive influence.

My only critique here would be that it took me longer that I would have liked to figure out that Ward and Daniel were from families of wealth. It’s obvious by the end of the first section, but they refer to another character as “another trust fund kid” without establishing first that they are from the same class. Knowing their background ahead of that line would snap that passage into clarity.

In Where The Grass Is Greener, Sam provides an atmosphere of anticipation that can be challenging to create. Throughout the story, there is this undercurrent of tension just waiting to snap. But the interesting thing is that I think everyone who reads it will experience that tension differently. Just like Ward and Daniel have a certain perspective on the events of the story, so too will readers based on their own life experiences.

Read Where The Grass Is Greener by Sam Wilkes, featured in Deep South Magazine, right here.