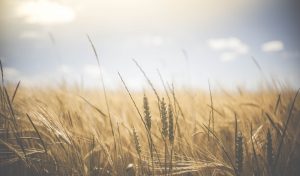 At first blush, Seeing at Night by Stephen Page is a slice of life piece detailing a day in the life of Johnathan, a writer in a Spanish speaking country involved with a woman named Theresa. They have a housekeeper and a cook, and they have no children, but dote on the children of their household help.

For me, this sun-scorched piece carries something deeper, and perhaps darker. Though nothing in the story overtly points to anything other than a-day-in-the-life, there is a creeping feeling that something is lurking just around the corner. Or perhaps, just around the previous corner, out of sight but still lingering. Stephen creates a beautiful image of a sunny, somewhat lazy day, but to me, the image is bleached in a tragedy of which no one is speaking.

Imagery of new life pervades the story. There are children, baby owls, a calf, and saplings. But one of those saplings didn’t make it. The symbolism in the story, delicate though it is, seems to be screaming at me that the childless Johnathan and Theresa may not be childless by choice. Their interactions are halting, but whether that’s from a challenge in communication (both seem to struggle with each other’s native language) or because they are struggling to move on from something difficult, is unknown. Their lovemaking, though neither rough nor overly tender, is presented as almost obligatory. And the tense, sad eeriness, never addressed, is ever-present.

The story has some run on sentences, including a passage about Johnathan watering the garden that could have been described more elegantly. And there was some word repetition that I found a bit grating (thought it’s admittedly a pet peeve of mine). But there is a glossary included with the story to help those less familiar with the Spanish language to truly understand what is happening. I found that quite helpful, though having to check a glossary to look up words did sort of interrupt the flow for me.

The more I think about Seeing at Night, the better I think it is, and the more I like it. It reminds me of Hemingway’s Hills Like White Elephants, and I can’t help but ponder the implications. Check out Stephen Page’s Seeing at Night right here.