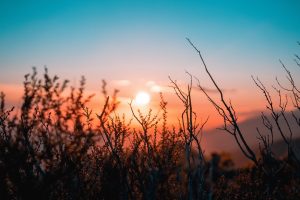 An alcoholic man believes he is the cause of a terrible tragedy. He resolves to end his own life to atone, an action he will take in hotel room 1812. But what he finds instead is a truth that was a long time in discovering, one that can only be discovered with the help of a friend.

Room 1812 takes a hard look at alcoholism, portraying it in a mostly realistic, if undoubtedly fictional, way. The story feels, to me, like it is written by someone who was or is very close to someone who struggles with alcoholism, but who isn’t an alcoholic themself. The story also has something to say about the themes of the afterlife, perhaps even Heaven specifically, angels, and faith. In the end, it’s a story about redemption.

It is not, however, a story without flaws. Superficially, the story needed one final line edit for typos and grammatical errors. This is easily forgivable because, who among us couldn’t use a final line edit in all our writing? The more difficult issues to deal with have to do with the main character – Peter. He didn’t seem very convinced about his own actions.

He decides he is going to end his life because he believes that, in a drunken stupor, he’s done something horrible. If he truly believed he deserved to die, I’m not convinced he would do it in room 1812 of a fancy hotel. His plans seem very ceremonious, even lavish. And with the rate at which he was ingesting aspirin, he would have passed out or vomited – mostly from the amount of alcohol ingested – long before the pills could do much harm. It seemed far likelier to me that he would have choked to death on his own vomit while passed out.

Nevertheless, Peter has a spiritual awakening while intoxicated – one that saves his life. This interaction, to me, was the best and most enjoyable part of the story. It’s very easy to be heavy-handed when writing fiction about faith, and Mr. Smith handled this delicately. I was satisfied with the experience Peter was having, and I was happy to see what happened in the aftermath.

I do wish, however, that the ending had been a bit more compelling. The denouement begins with a statement suggesting that it wasn’t all faith and hope and love for Peter from that night forward. I wish Mr. Smith had taken Room 1812 deeper into the struggle that recovering alcoholics live with on a daily basis. What we’re given, though, is a highlight reel of the good things – the changes Peter makes to his life, the community he finds, and eventually, the acceptance of his past. These are all very feel-good things, and I would certainly have been unsatisfied if all we saw were terrible things that happened. But I do think the ending was a bit rushed to give Peter’s journey to redemption, which started that night, the time it deserved to develop that final feeling of satisfaction for the reader.

Room 1812 has a strong premise and is full of promise. I think if it were a little bit longer and little bit grittier it would really be a heavy hitter. It remains firmly comfortable, and is a fine read for someone looking for a little faith and entertainment. Check out Lee A. Smith’s Room 1812 right here.