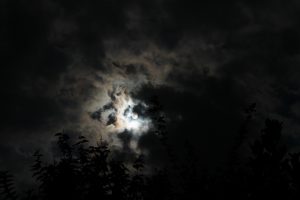 A couple having a late night conversation, reminiscing about their adventures through a life of love. Goodnight is a beautiful piece written by a talented author.

Goodnight by Jason Nadler was a competition piece of flash fiction, for which he won 2nd place. And it’s clear why. The complete story arc is beautifully delivered via a late night conversation. Without spoiling anything, I will say there is a deeper layer as to who the two characters are, but even if there wasn’t this would be a standout piece.

There is a single line, spoken by the male character, that I felt could have used more work. When “he” (he has a name, but again, I don’t want to spoil anything), is recalling the memory that the female character is discussing, the line he delivers feels out of place. The entire story is a conversation, and this single line stood out as not feeling natural to the dialogue. It just didn’t feel like how the character would talk.

Regardless, this story is well-written, beautiful and a little sad. Goodnight by Jason Nadler is flash fiction done right! If you need a quick break, read Goodnight right here!