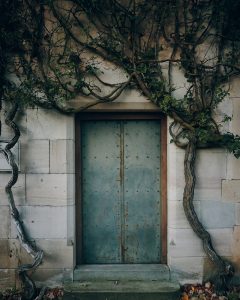 An elfish soldier walks in on a horrific act of violence perpetrated by his fellow soldiers. He must choose the next course of action: one will surely see him promoted, the other will save his soul.

Andrew Pullins’ Desertion is, at its heart, an exercise in morality. It forces the reader to contemplate the value of a human life, and what it means to choose right, even at sacrifice. It’s a well told story, set in a fantasy world, but riddled with real-life problems.

Andrew’s writing is good. The story moves at a steady, clipped pace and is complete in its story arc. There are words that could use synonyms, with more than one paragraph containing repeated words. And the end feels a little spoon-fed. I think the ending would have been a little more satisfying if the consequences of the main character’s actions weren’t explicitly explained to me.

Andrew does well to create a complex and dangerous scene. I would have liked to see more of the fantasy world come into play, rather than fantastical creatures being the main characters. The fantasy aspect felt secondary.  But there is beautiful imagery in the story as well. My favorite description was “eyes as cold as the steel in his hands’. This was evocative both of the danger of the man’s weapon and the hardness of his heart.

I will say, reader beware. The act of violence that sets this story in motion is of a sexual nature. I don’t believe it is an author’s responsibility to give “trigger warnings”, but as a reviewer who does not overwhelmingly care for such scenes, I’ll give you the heads up.

One last note: the link provided leads to a blurb page summarizing the story. To actually access the story, click on the link for the Google Doc. Check out Andrew Pullins’ Desertion here.